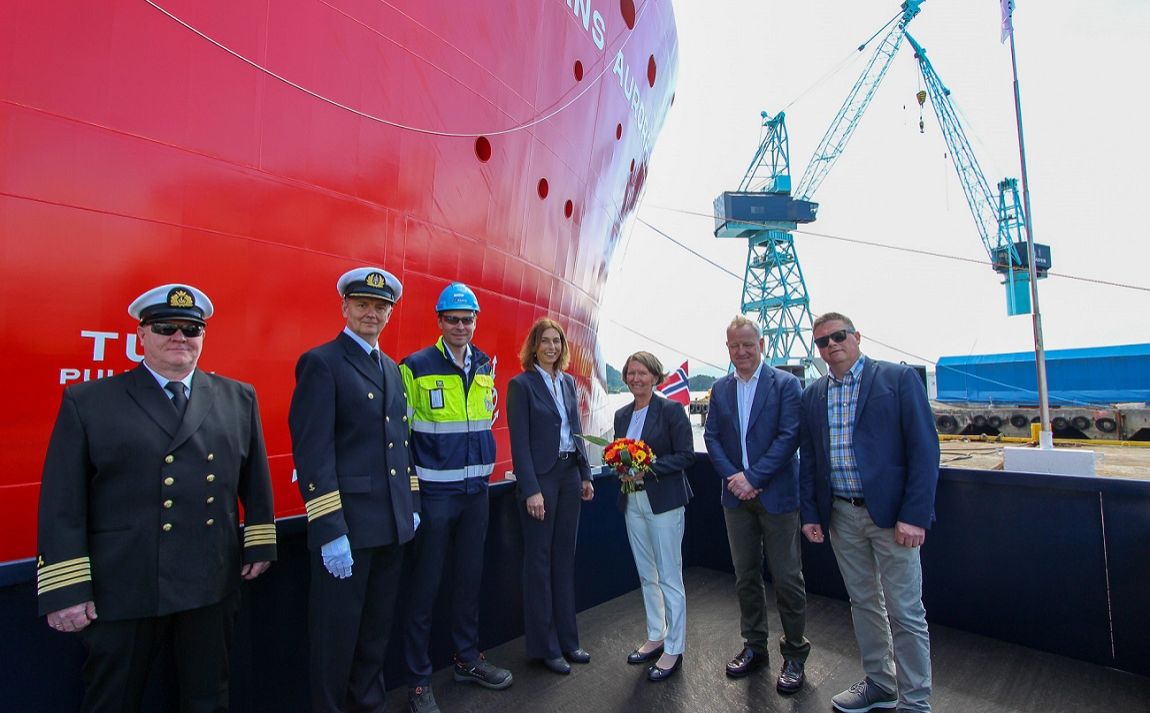 Designed by Skipsteknisk to operate near shore in shallow waters as well as deepsea cable operations with cable laying equipment delivered from Maats Tech, the DP3 Cable Laying vessel is the most technologically advanced of its kind in the world, and “CLV Nexans Aurora” offers sustainable operational solutions for silent operations, fuel, power generation and use of shore power. The 149.9m long and 31m wide vessel boasts over 10,000 tons of cable load capacity and is fitted with state-of-the-art instruments for cable transport, installation and protection.

Once launched, “CLV Nexans Aurora” will lay export cables for offshore wind farms and interconnectors around the world like for the Seagreen OWF in Scotland, the Crete-Attica interconnector in Greece and the Empire Offshore Wind project in US.

“ The delivery of the “CLV Nexans Aurora” is an important step to fulfill our purpose “Electrify the Future”; creating a safer, more sustainable, renewable and inclusive global energy system. The “CLV Nexans Aurora” will contribute to unlocking the huge potential of offshore renewable energy for our customers worldwide. We are impressed by the effort done by the Ulstein Group, MAATS Tech Ltd and Skipsteknisk to deliver the “CLV Nexans Aurora” on time despite the uncertainties and difficulties created by the COVID-19 pandemic. ”

“ The “CLV Nexans Aurora” is the result of close collaboration between customer, designer and sub-suppliers. We are incredibly proud to have delivered this project on time, despite the ongoing challenges due to COVID-19 and are immensely grateful to our team for their hard work and dedication. We look forward to seeing the Nexans Aurora in action and collaborating with Nexans on future projects. ”

Select your country to find our products and solutions

Topics on which you wish to get more informations:

Thanks for contacting us. We will be in touch with you shortly.